​THE VALUE OF COACHING informed by the dharma

Why We Need a Coach with Experience in the Dharma
​ 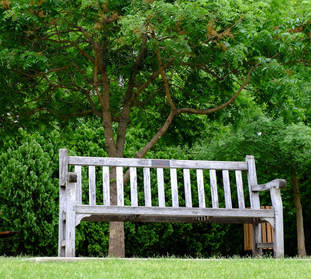 For many people in the spiritual community, especially the Buddhist sangha, why a person might hire a dharma therapist or coach is fairly self-evident. They want to improve their lives and interactions with the world, and apply ethical and philosophical principles to the process. They are also aware of the unique and unprecedented situation that householders in the modern society face — how to deal with the stresses of living in a consumerist, materialistic world while simultaneously going through the ‘pain’ and hyper-awareness of spiritual growth. . .

As both Eric Schmidt, the former CEO of Google, and Bill Gates, the founder of Microsoft say, “Everyone needs a coach.” These two tech giants recommend coaching as a process wherein we get invaluable feedback, as none of us actually sees ourselves very well from the outside. We often need someone to help us be objective, to help us look at how and what we are doing, whether we are a famous athlete, or a top CEO of one of the world’s biggest corporations. Coaching has become one of the fastest growing professions in the world, partly because it gets such good press from industry leadership, and is widely practiced at the highest corporate and professional levels, but mainly because it strikes a chord. This chord resonates for so many of us, those of us who want to do well in our lives, professionally, emotionally, intellectually, and yet find that the many tentacles of the lower ego impede our growth. . .

And the resonance of that chord also has to do with the near-universal recognition that, rather than therapy which looks to the past and tries to effect change through healing trauma and past suffering, what many of us already-functional people need is warm and wise support for how to grow​ and fulfill our natural potential.

For serious students of the dharma and other spiritual wisdom traditions, differences exist between their coaching needs and what is being offered out there in the marketplace. Unfortunately, most of the coaches out there offering professional services do not have the training and background in the dharma, nor do they have training and experience in some closely allied professional practice, like psychotherapy. It is true that many coaches use the language and vocabulary of positive and transpersonal psychology, motivational interviewing, and so on, but just being conversant with a certain conceptual framework does not mean the person is actually grounded in the experience, and can therefore empathize with where you are as a practitioner, and is trained to recognize when more serious issues might be raising their heads.

For those of us who have chosen the path of the Buddhist householder, and are living in the modern world with all of its insane speed, consumerism, and poor ethical standards, in a rudderless, “you only live once” society, what we need in coaching is quite different from the trendy, shopping mall offerings so often seen. And even if we look for a professional coach with many years of experience, they more than likely are still not students of the Path.

In many ways, dharma students have very unique needs. First of all, practitioners have real and necessary goals to achieve, but they are not tethered to the insatiable demands and ambitions of the lower ego. Practitioners are well aware that if they are not crystal clear about where their motivation is coming from, many efforts can be co-opted by the lower ego, and we just end up wrestling with spiritual materialism.

Buddhists, and other students of wisdom traditions, are often grappling with the subtle challenges of living and working in the world from a non-dualistic place of being. When we remove the apparent contradictions between material and spiritual goals we free up an enormous amount of energy. But this is no easy task. On one hand, we are programmed and conditioned to want to indulge our desires for fame, fortune, and power. And on the other hand, we have so rejected society’s materialistic values that we forget how necessary it is to help the dharma flourish. It seems true for so many of us that we feel a deep responsibility to help the world through our action, and to let the dharma guide us in working for positive change in the world.

As HH the Dalai Lama said after the Paris terror attacks,

“We need a systematic approach to foster humanistic values, of oneness and harmony. If we start doing it now, there is hope that this century will be different from the previous one. It is in everybody's interest. So let us work for peace within our families and society, and not expect help from God, Buddha or the governments.. . .”

And not only do we have those issues to deal with, we also often have to work through the crippling doubt and self-interrogation that comes when we do question our motives. It is almost as if the monkey mind is having a field day with our noble purposes!

Perhaps it was just a matter of time for the tremendous insights and vision of certain pioneering thinkers in the Western world to bear fruit. Or perhaps it has more to do with the fertilization of ideas from so many in the West studying Eastern wisdom traditions. Be that as it may, in the West coaching can be truly said to build upon the great vision of the psychologists and writers who first studied truly happy and high-functioning people. What they saw is that the happiest and healthiest people in our society are ones who are regularly able to tap into a serene, peaceful, spiritually aware state of mind.

And, of course, Carl Jung, Roberto Assagioli, Aldous Huxley, Maslow, Alan Watts, and so many others were directly inspired by the wisdom traditions of the East, and their philosophical perspective that consciousness has many levels of awareness, but most people are asleep to the higher ones.
why coaching, part two